A Week too Early for Christmas Markets--Brussels, Belgium

It's Thanksgiving, but I'm already thinking of Christmas. Without the Thanksgiving holiday around the rest of the world, the season transitions straight from Halloween to Christmas. During my weekend in Brussels, I stumbled upon a Christmas market set-up: the stalls with fake snow on their roofs were installed, trees were being decorated, and tinsel was being dispersed. But the streets were barren--I had arrived one week to early for the festivities. Having never been to a Christmas market I could just imagine the scene full of life. The smell of spiced cider, the twinkling lights, the festive holiday music, the thrill of the chaos! Despite my immediate disappointment, I now have an excuse to take another weekend holiday--to find a proper European Christmas market. 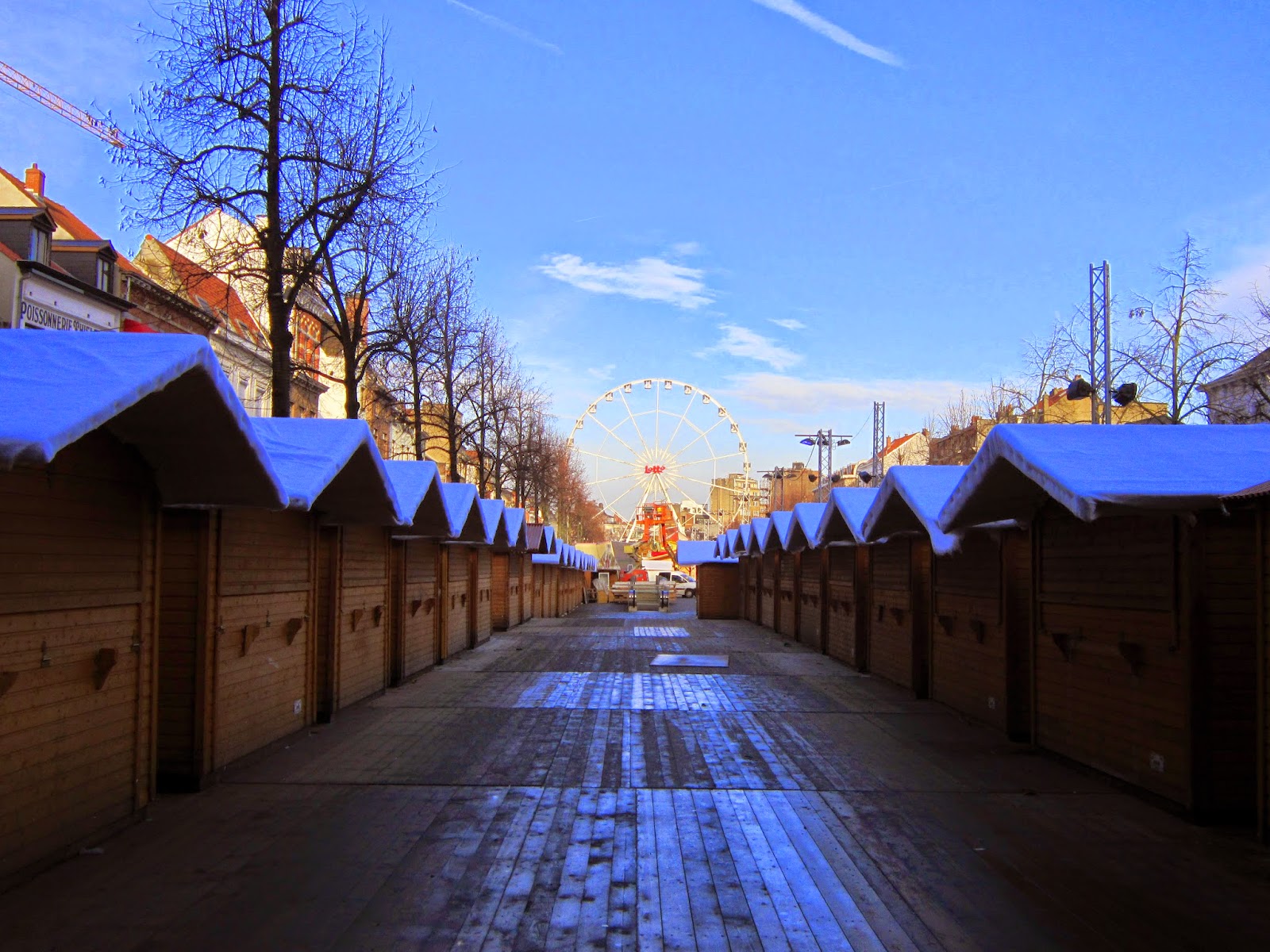 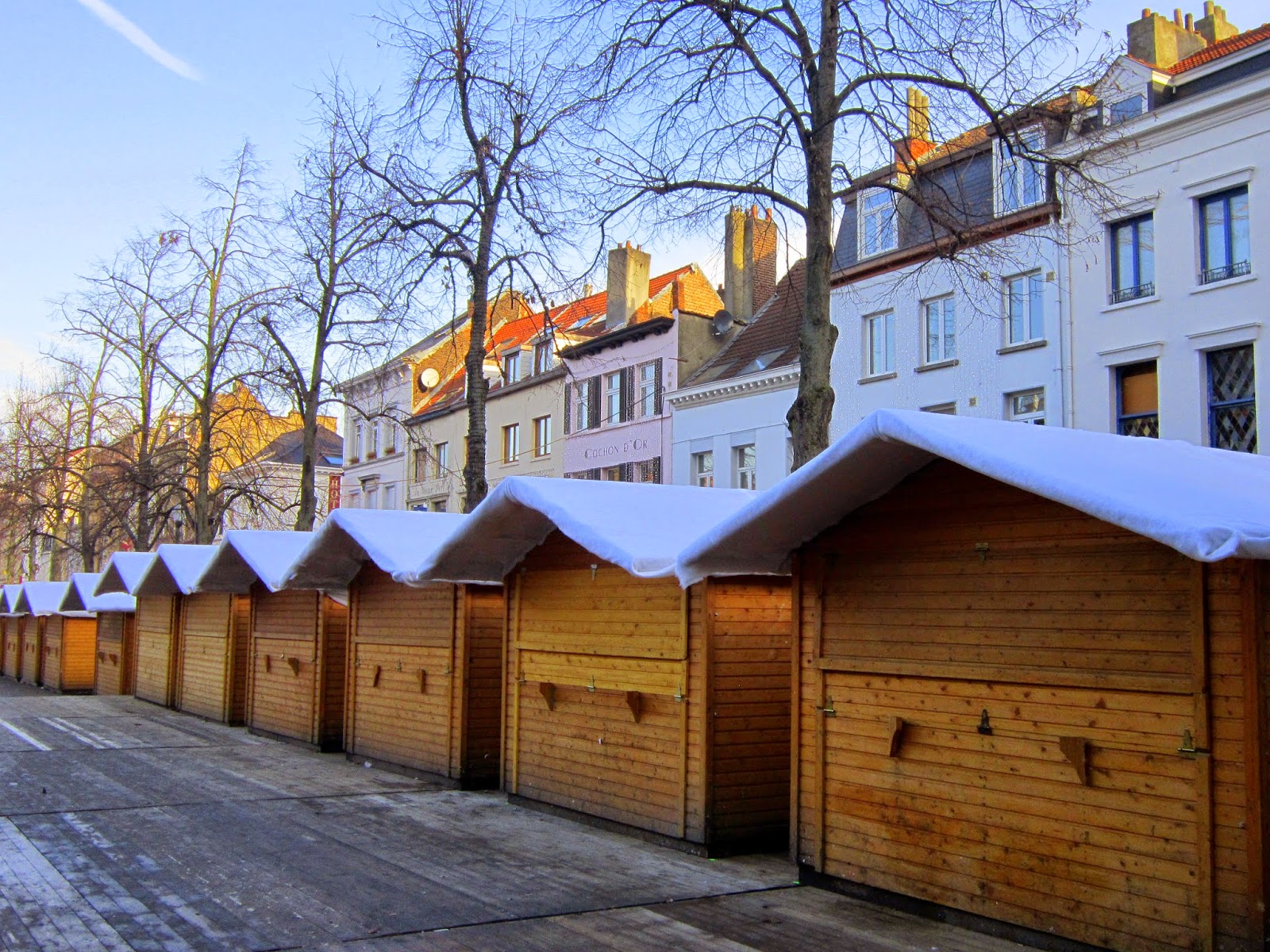 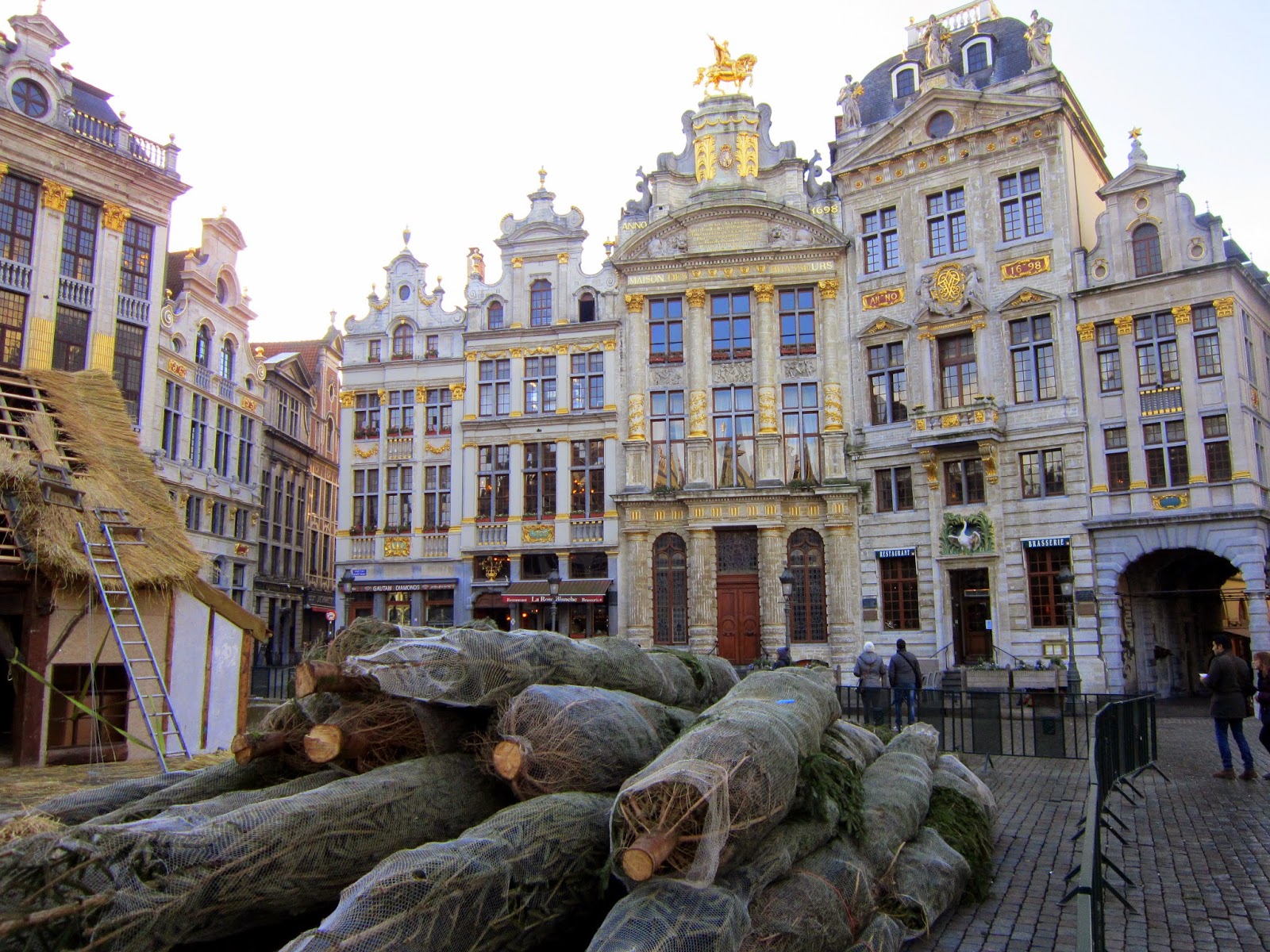