I bought a ticket to Amsterdam less than a week in advance. It was a spur of the moment decision and Amsterdam was the cheapest ticket I could find from Cork's small airport. I flew into the city with no map, no research on things to do, only an address of where I would be spending the next few nights. Despite my lack of planning, the city is just as I imagined with my little breath of knowledge--skinny 3-4 story brick structures with decorative roof lines lined along the canals, creating a progressive semi-circular layout of the city. The canal streets are lined with fall-colored trees and are constructed of rocky cobblestone, which at this time of year are softened by the damp yellow leaves which have already fallen. Low-lying bridges to cross the canals are littered with parked bikes and create a series of arches framing the canal. In the middle of fall, the sky is a constant grey with no cloud definition and there is a mystic (romanticized by my mind) haze in fall's crisp air. As I stroll, city dwellers whiz by on their bicycles, and I am more fearful that I will get hit by a bicycle rather than a car. It seems as though there is more room for the tram and bicycles on the roads than for vehicle traffic. I could easily get used to this relaxed atmosphere and lifestyle. 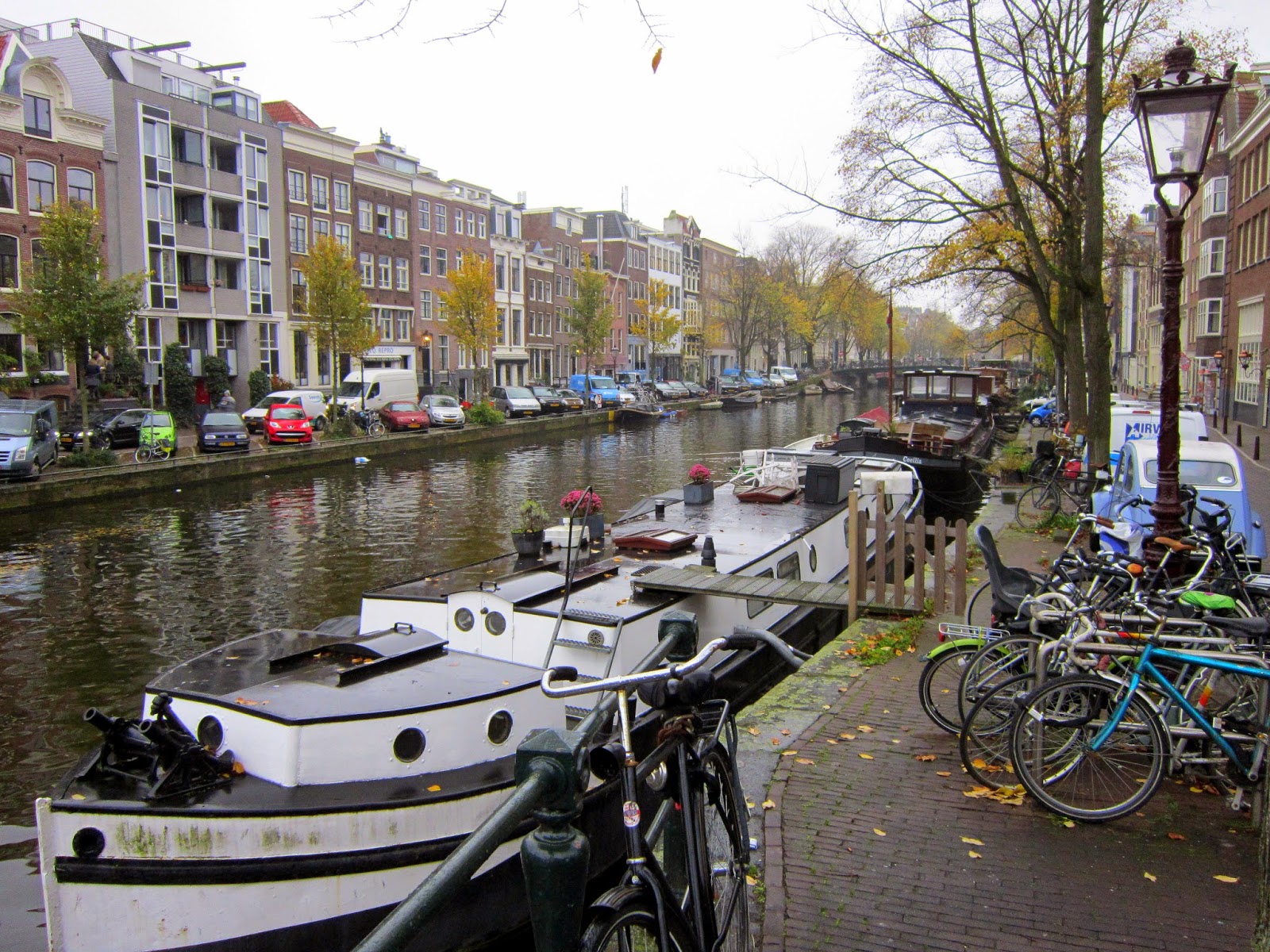 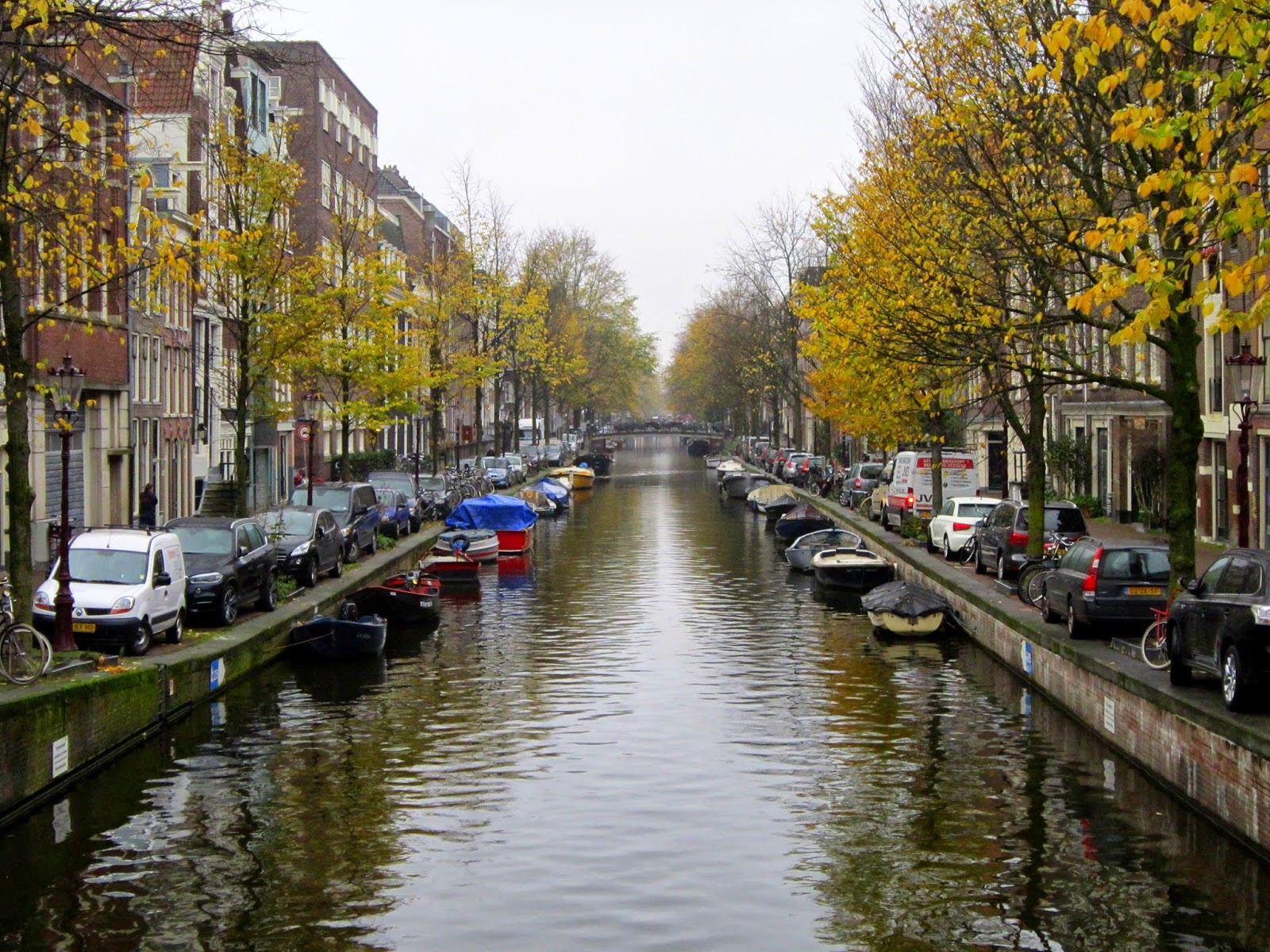 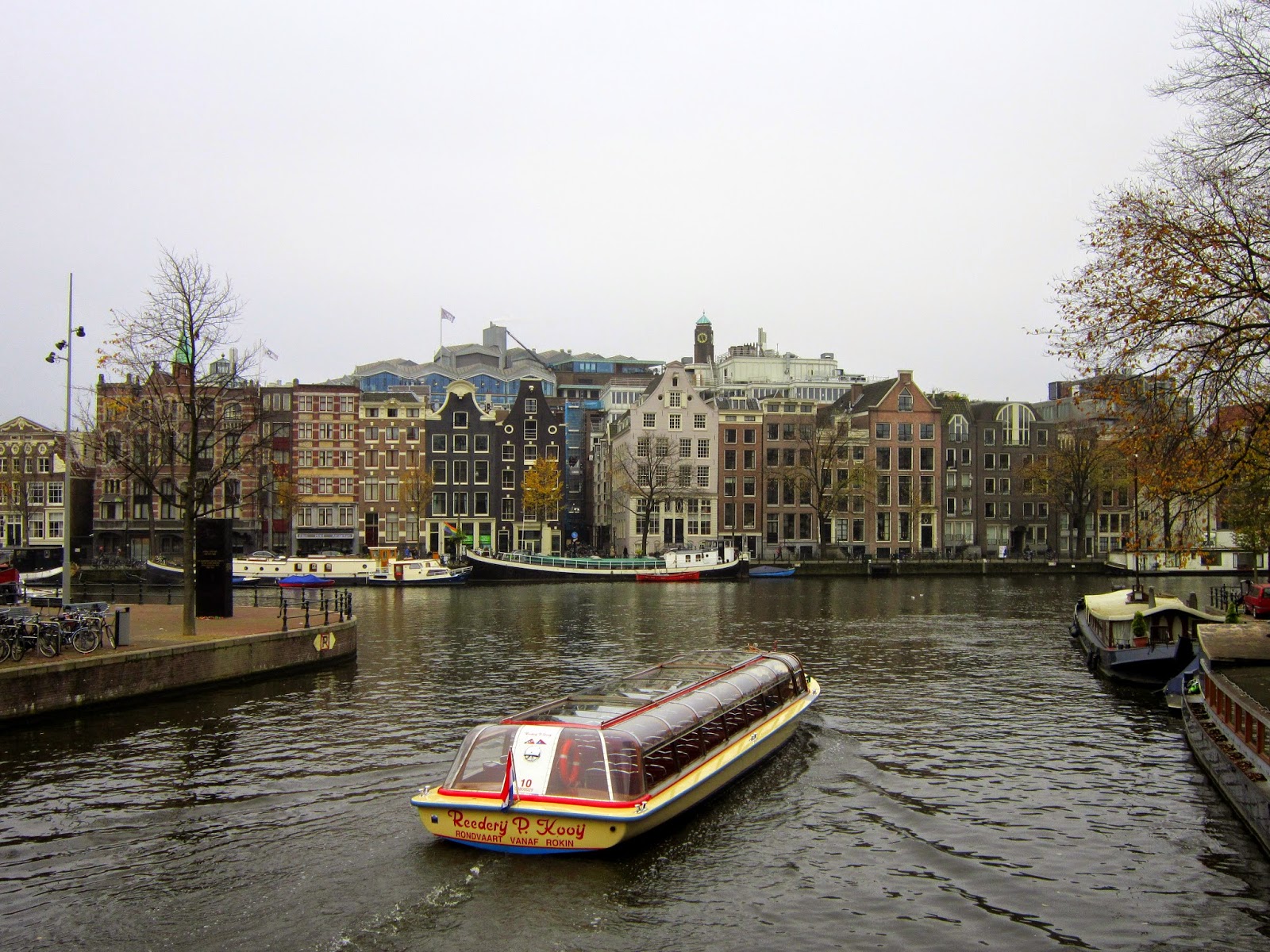