Tourists crawl on, around, and on top of the 'I amsterdam' in the museum district near Vondelpark. It is near impossible to get a shot of the sign uninterrupted. I, however, was fortunate to witness the install of a new 'I amsterdam' this morning. Through the use of a flat-bed trailer, a mobile crane, and two positioners, the letters were carefully placed in the square, as cafe onlookers sipped their morning coffee. I presume the install is part of the winter festivities in the city, as the surrounding square is adorned with Christmas lights, an ice skating rink, and vendors selling Belgium waffles and hot chocolate to ease the chill of fall. I returned to the site later in the day to see the sign now completely installed and crawling with tourists. The site had come to life in the few hours of my absence--the iconic letters had completed the cozy space. 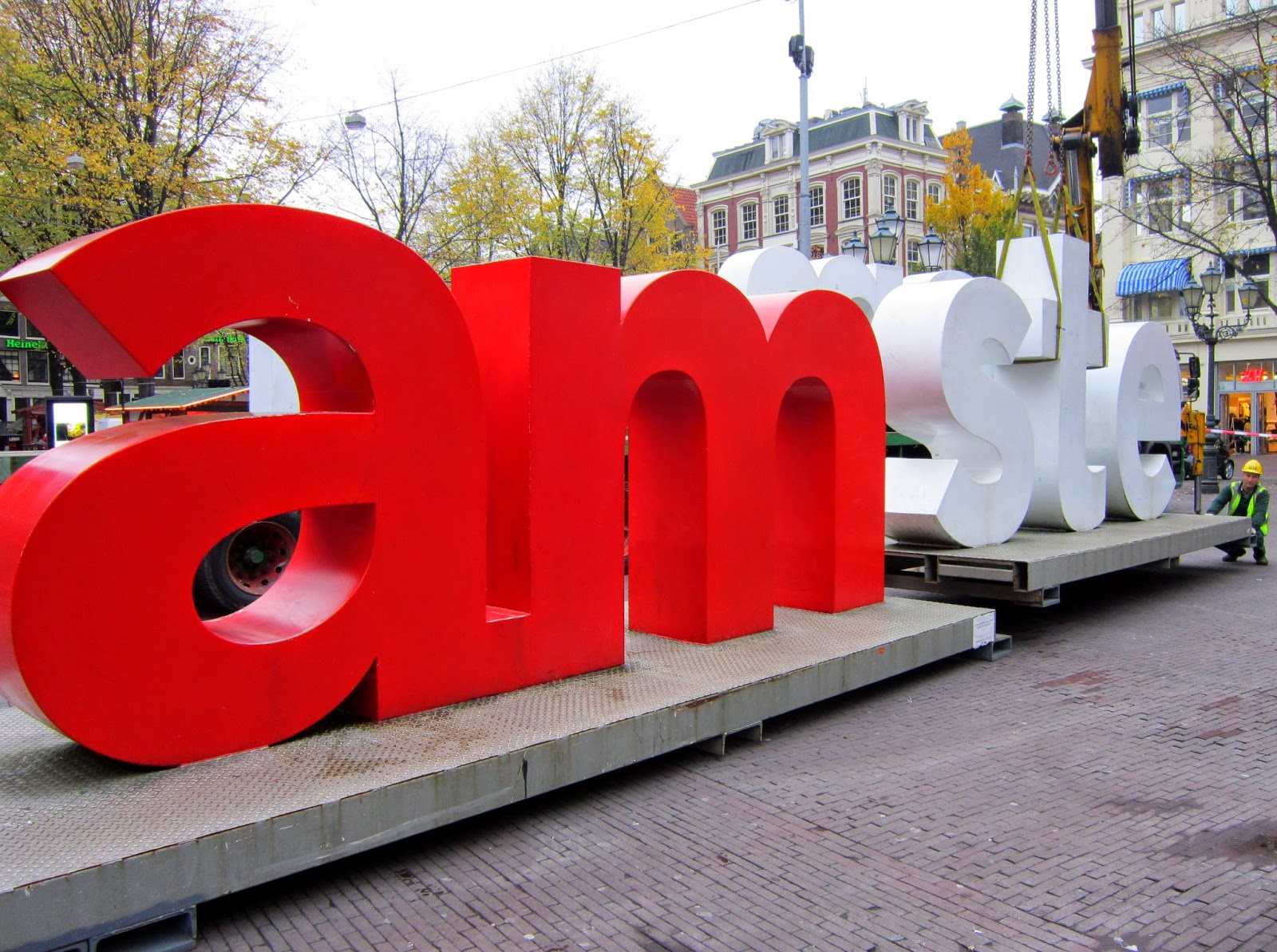 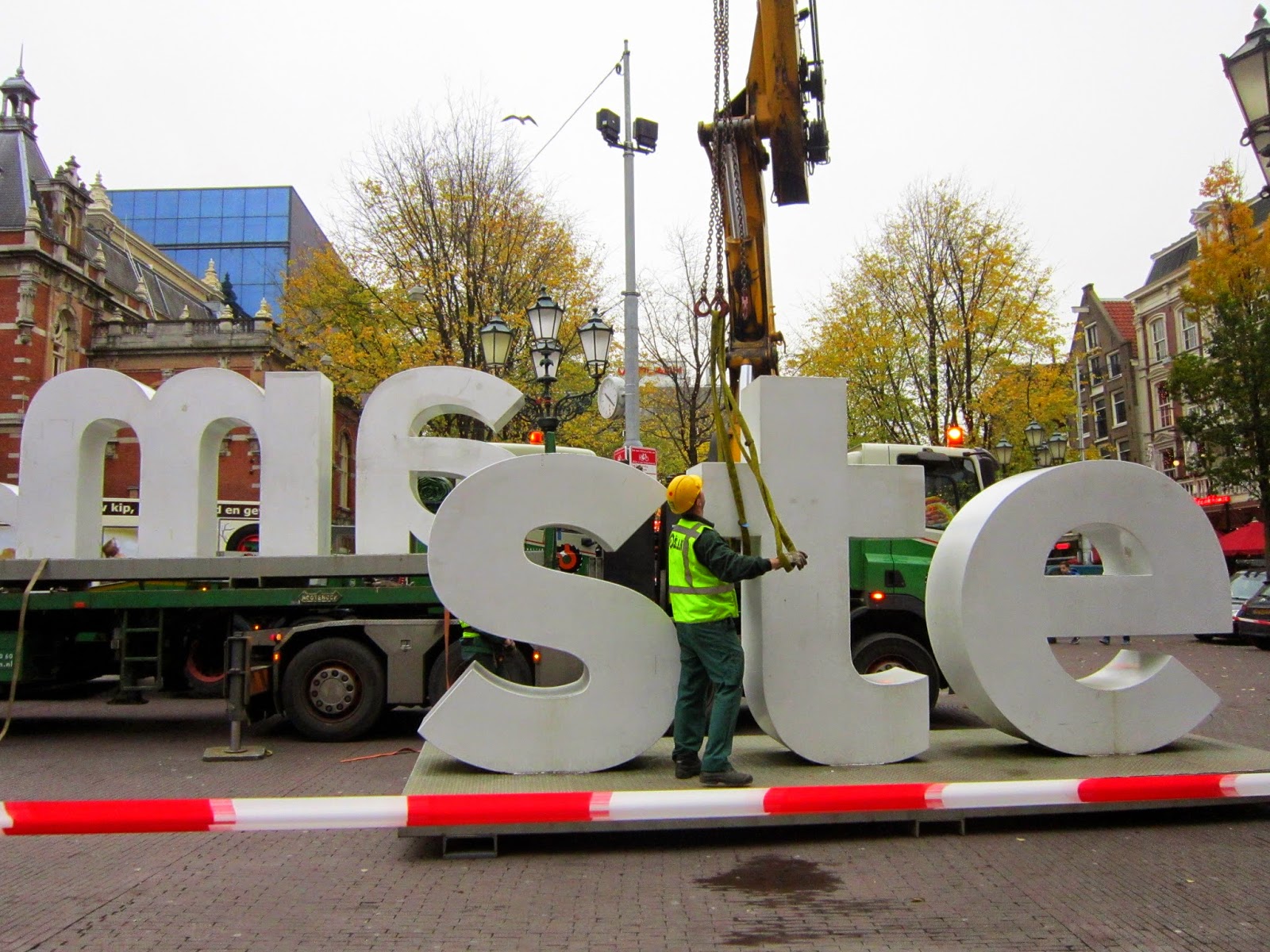