After the storm--Giant's Causeway, Northern Ireland

When I embarked on my four month journey to Ireland, I was well aware of the rainy climate. I assumed that half of the week would be sunny and half of the week it would drizzle. In the beginning, that was just about the trend, but lately, as the autumn weather has descended, the sky is a constant grey, and the rain is continuous--only varying from sprinkle to sudden downpour. It seems as though my luck with nature and travel is not particularly good--think back to Machu Pichu, Ring of Kerry, Giant's Causeway, Cliffs of Moher. However, despite all of the foggy, rainy, and windy encounters I have experienced across Ireland and abroad, I am sometimes awarded with a beautiful rainbow. 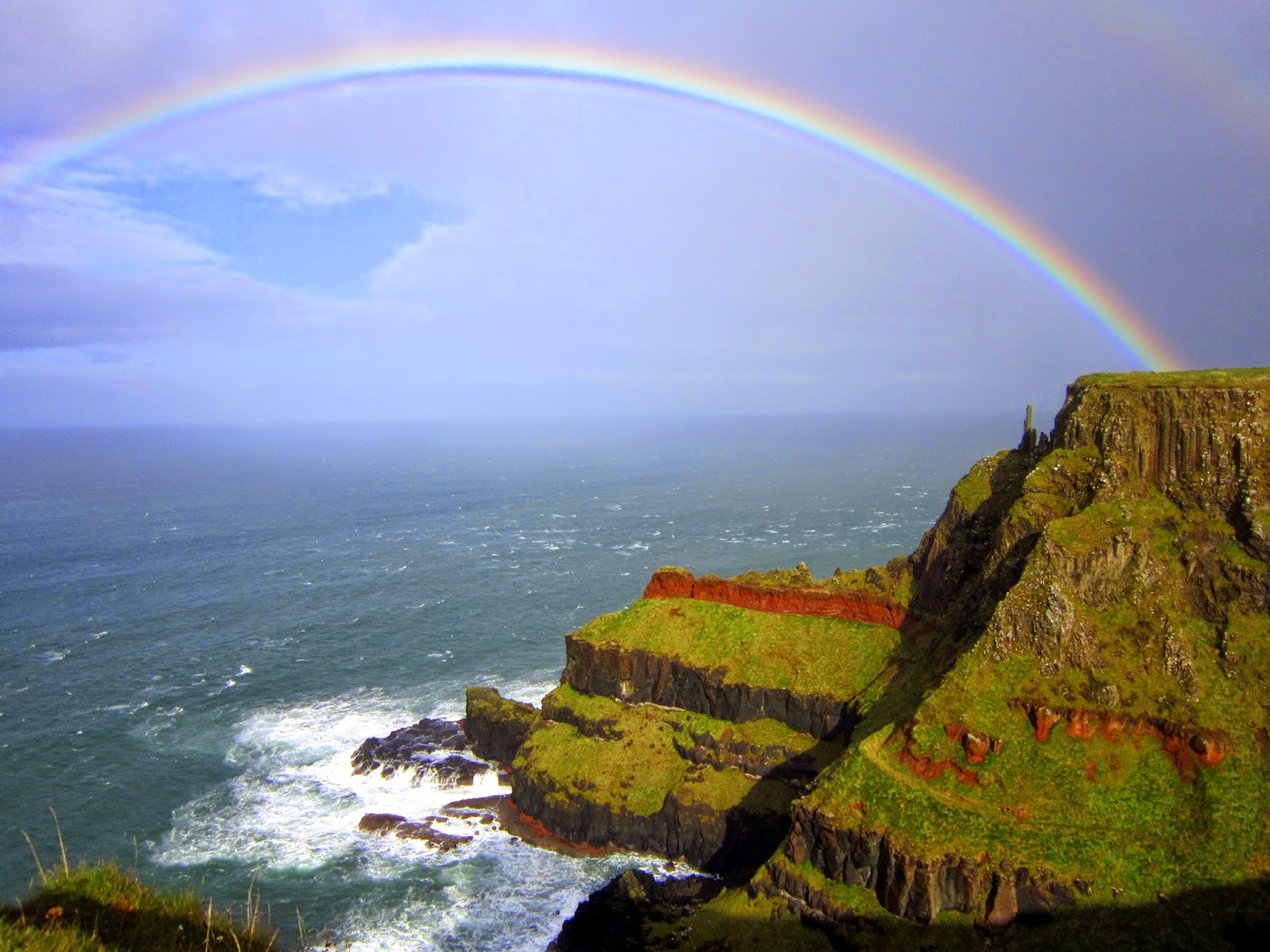