A View Above the City--Dublin, Ireland

Dublin is a city, and it is just that. Rushed cars, fast paced locals (slow paced tourists), grey concrete jungle. But with a city also comes culture--free museums, street fashion, impromptu music sessions, and pubs where locals and visitors seamlessly mix for the night. Dublin houses the Irish capitol, famous Trinity College which is home to the book of Kells, the Guinness factory, a silver spire that rises into the sky and the Liffey River flowing through city center. Despite being the capitol, Dublin is not as large as one might think--the city is very walk-able for visitors with only Guiness, the Modern Art Museum, and Phoenix Park (twice as large as central park) expanding further outside city center than one may like--most other galleries and sites of remark are centrally located and one can easily see most everything in one, maybe two leisurely days. Compared to Cork, Dublin's presence is more formal and less colorful--most structures are made of brick or stone rather than the brightly painted stucco that makes Cork so charming. The main streets and sidewalks are wider to accommodate the surplus of traffic and the historically ornate government buildings' street presence occasionally overshadow the surrounding blocks. Food-wise, there seems to only be cafes or pub grub, each with odd hours of operation (expect to eat a late breakfast, and eat an early dinner to save a few euro by ordering off of the lunch menu). But despite the lack of cuisine choice and confusing shop hours, Yelp typically did not disappoint. The famous Temple Bar area, lives up to it's famous reputation. Temple Bar itself is crowded, but there are many other close by options, most of which offer either live traditional music or cover artists. However, with a famous district comes shamefully steep prices for a pint. 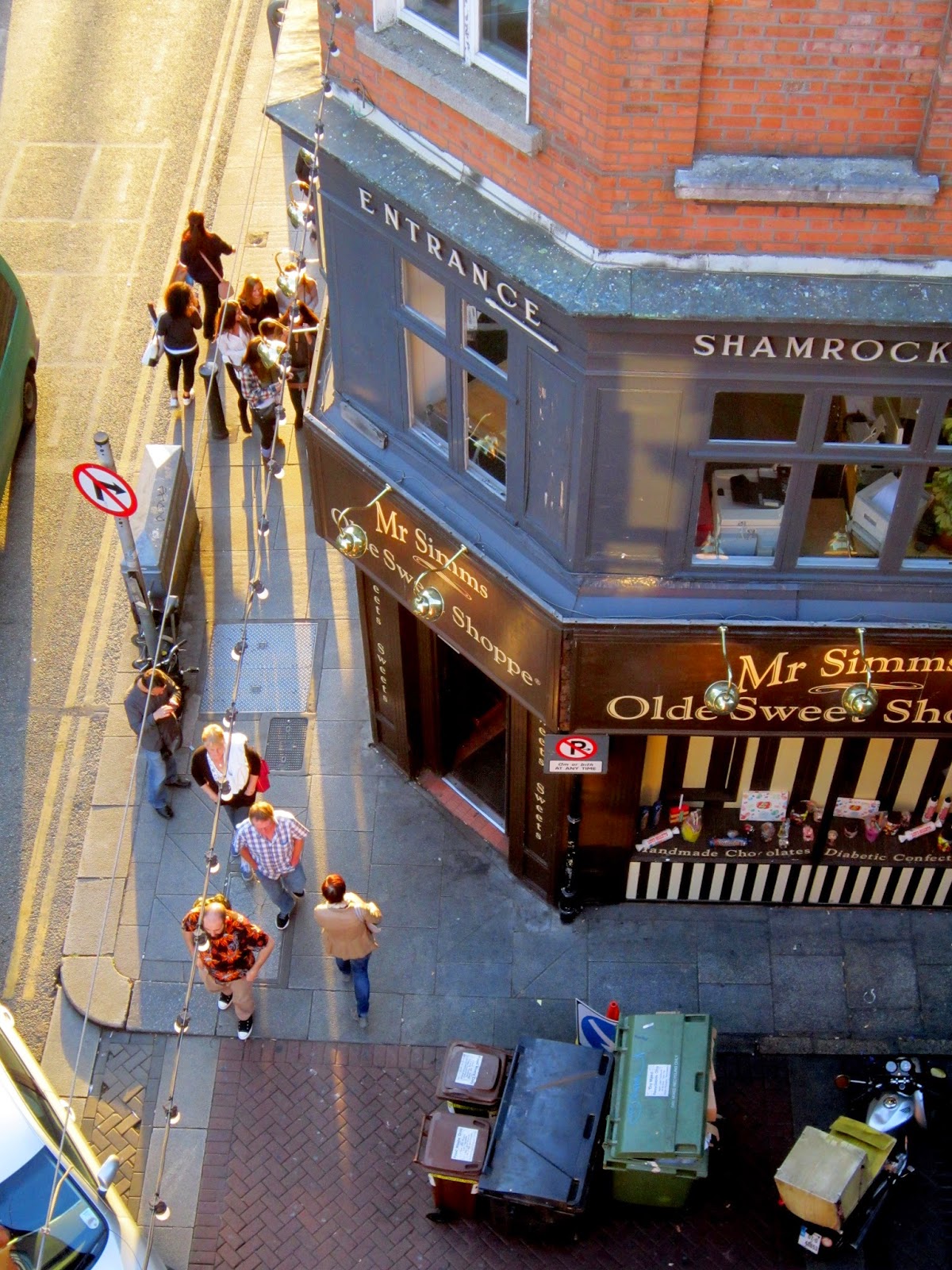