The sky was cloudy early this morning, as the day begins most mornings. I walked to the Grand Parade in downtown Cork, my rain coat stuffed in my bag, to meet Sabrina and our ride--a tour bus that would take us around the Ring of Kerry which loops around the Iveragh Peninsula. I guess we were still worn out from our walking trek last week that we decided to embark on the exact opposite experience this time. The tour first took us to an old bog village, which has now become a tourist spot for hop-on hop-off bus tours like ours. Unimpressed and put-off by the fact that if we wanted to see the village itself, we would have to pay an admission, Sabrina and I sipped some over-priced tea with a German couple. As we finished our tea and re-boarded the bus, it started to rain. By the look of the dense fog that came with the rain, our chances of seeing much at the look-out stops along our tour were low. The views at Dingle Bay and Kenmare Bay left us a little disappointed and our camera memory cards lacking. The most impressive view of the day was Killarney National Park, mainly because it was one of the only weather-acceptable photo opportunities. 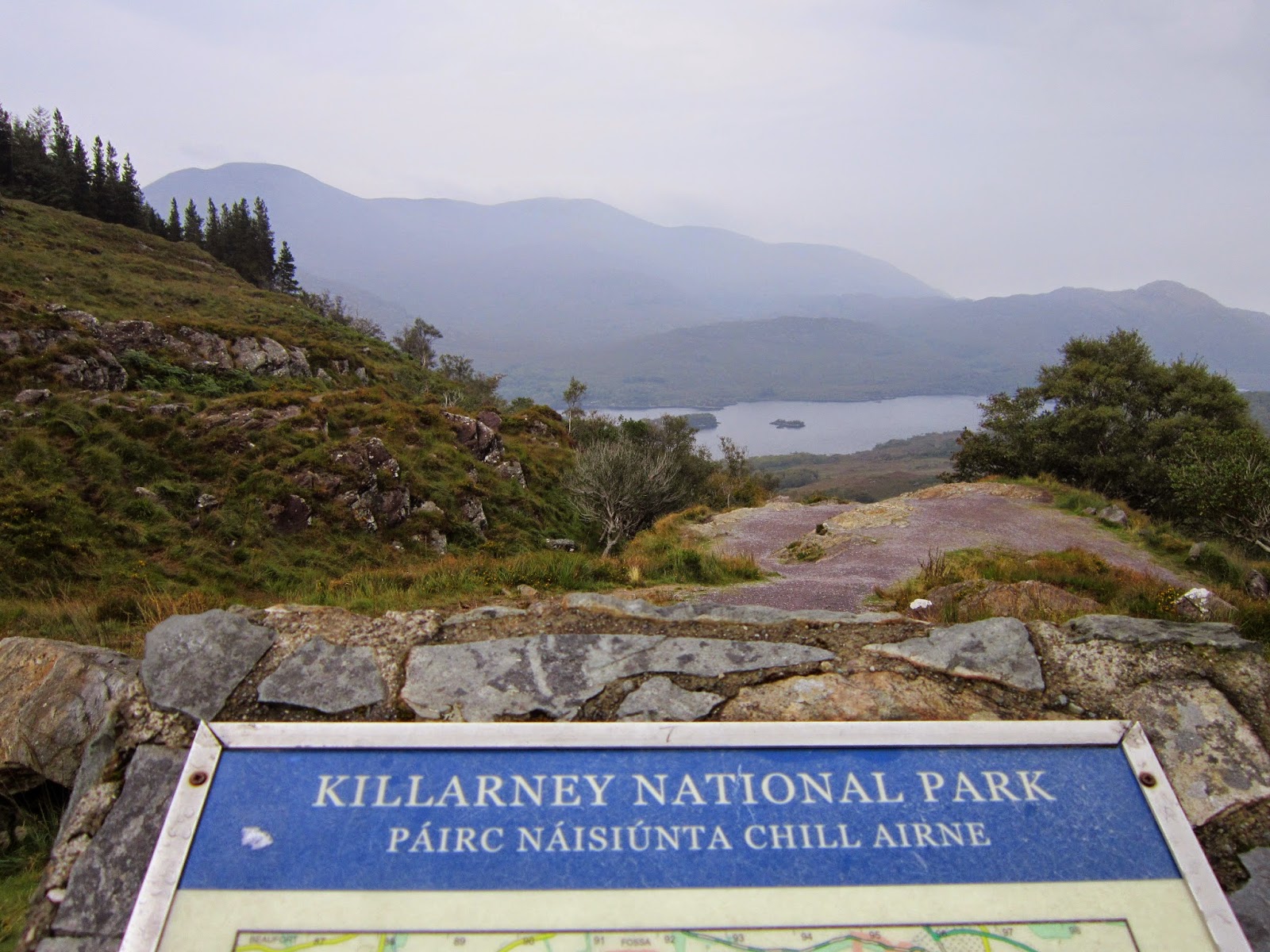