The Story of Guinness--Dublin, Ireland

The air in Dublin smells of fresh baked bread--or is it beer? Yes, it's definitely Guinness. When in Dublin, one is expected to visit the Saint James Gate Brewery, birthplace of Guinness Irish beer, and I was no exception. Initially I was skeptical to take the tour. They were asking 14.50 euro for a self-guided tour (that's the generous student price) and it looked like a crowded day surrounded by beer-goers. However, after making my entrance into the warehouse-turned-showroom, I was pleasantly surprised. The atmosphere is dramatic--industrial, dimly lit, tastefully bold graphics--and the story of Guinness is quite interesting as well. Despite popular belief, the water made to make the beer is not from the Liffey, rather a freshwater mountain spring which Arthur Guinness bought the rights to (along with a 9,000 year lease of the property!) Although the tour is self-guided, the layout and interactive exhibitions keep visitors circulating around and up while learning about the processing of the ingredients, making of the wooden barrels, and advertisement tactics. At the end of the tour, guests can enjoy a complementary Guinness while overlooking Dublin. 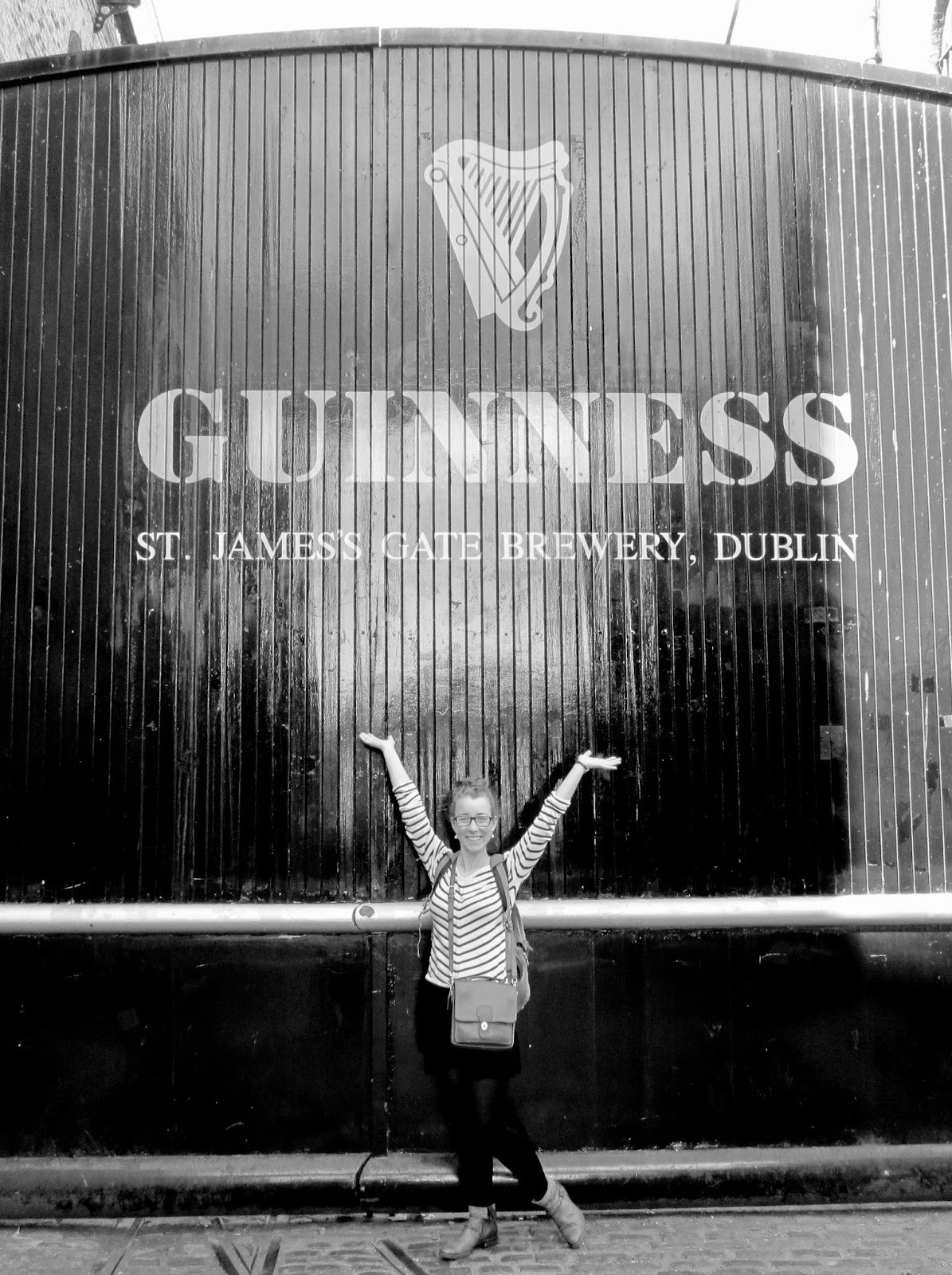 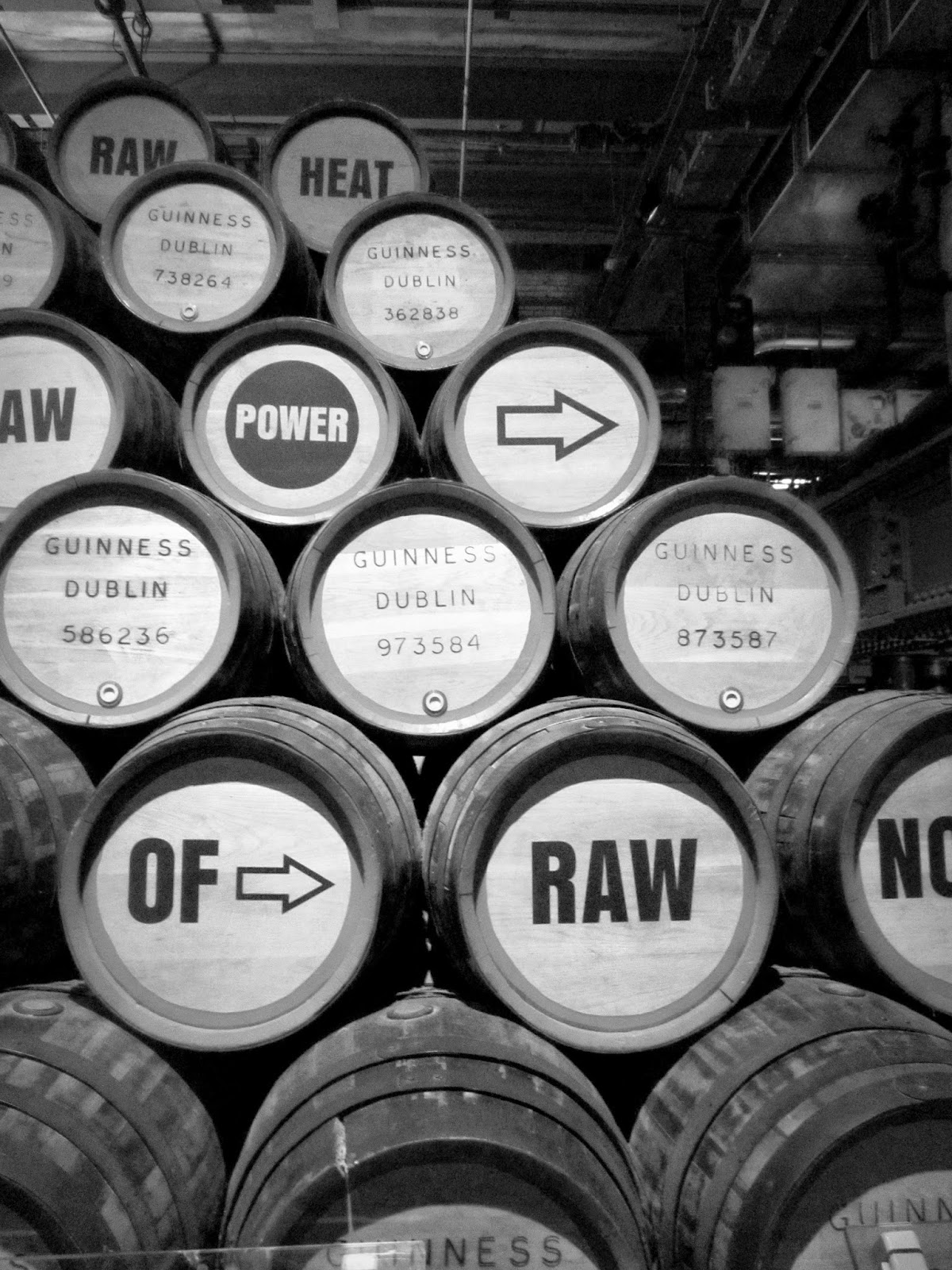 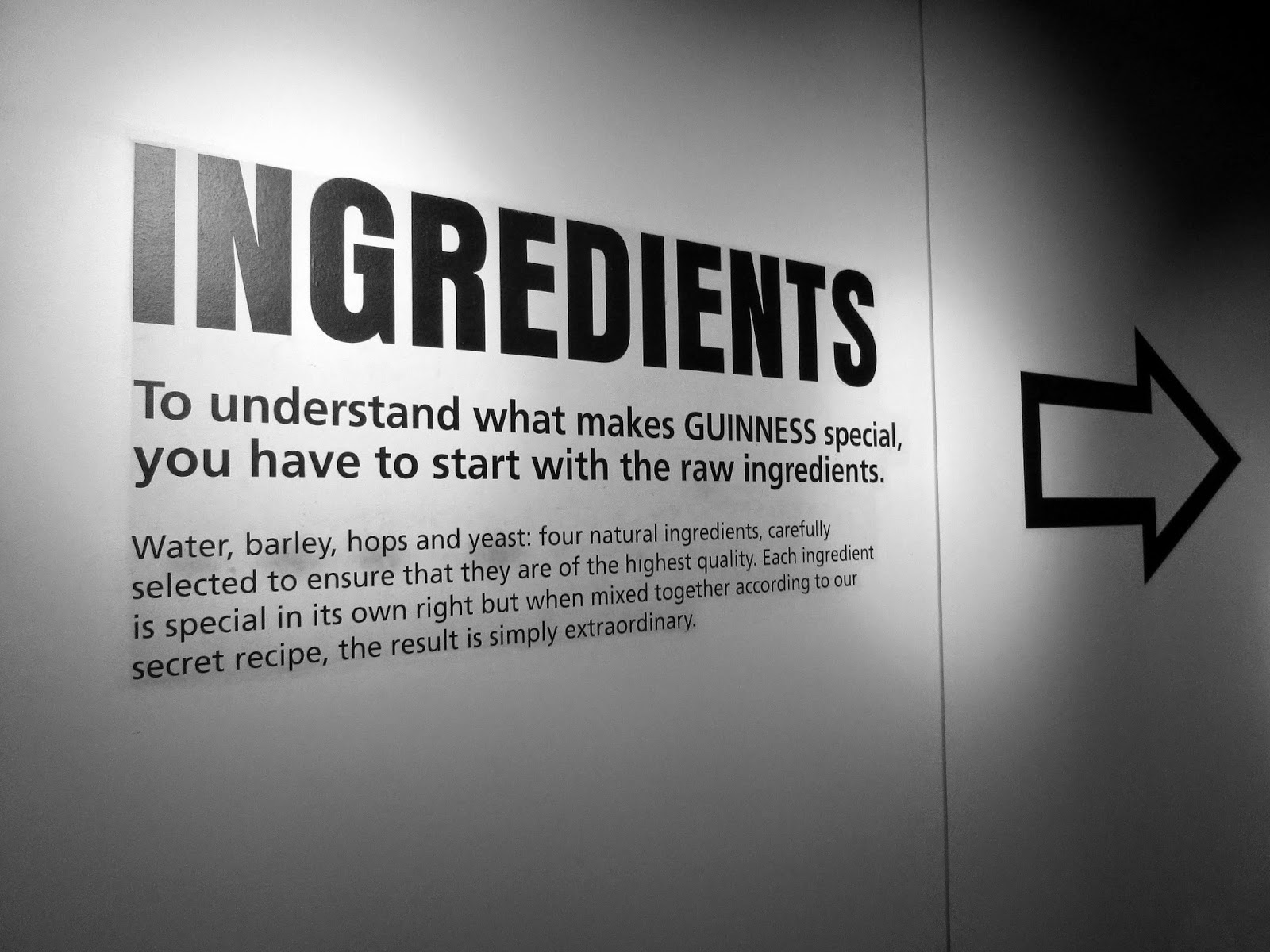 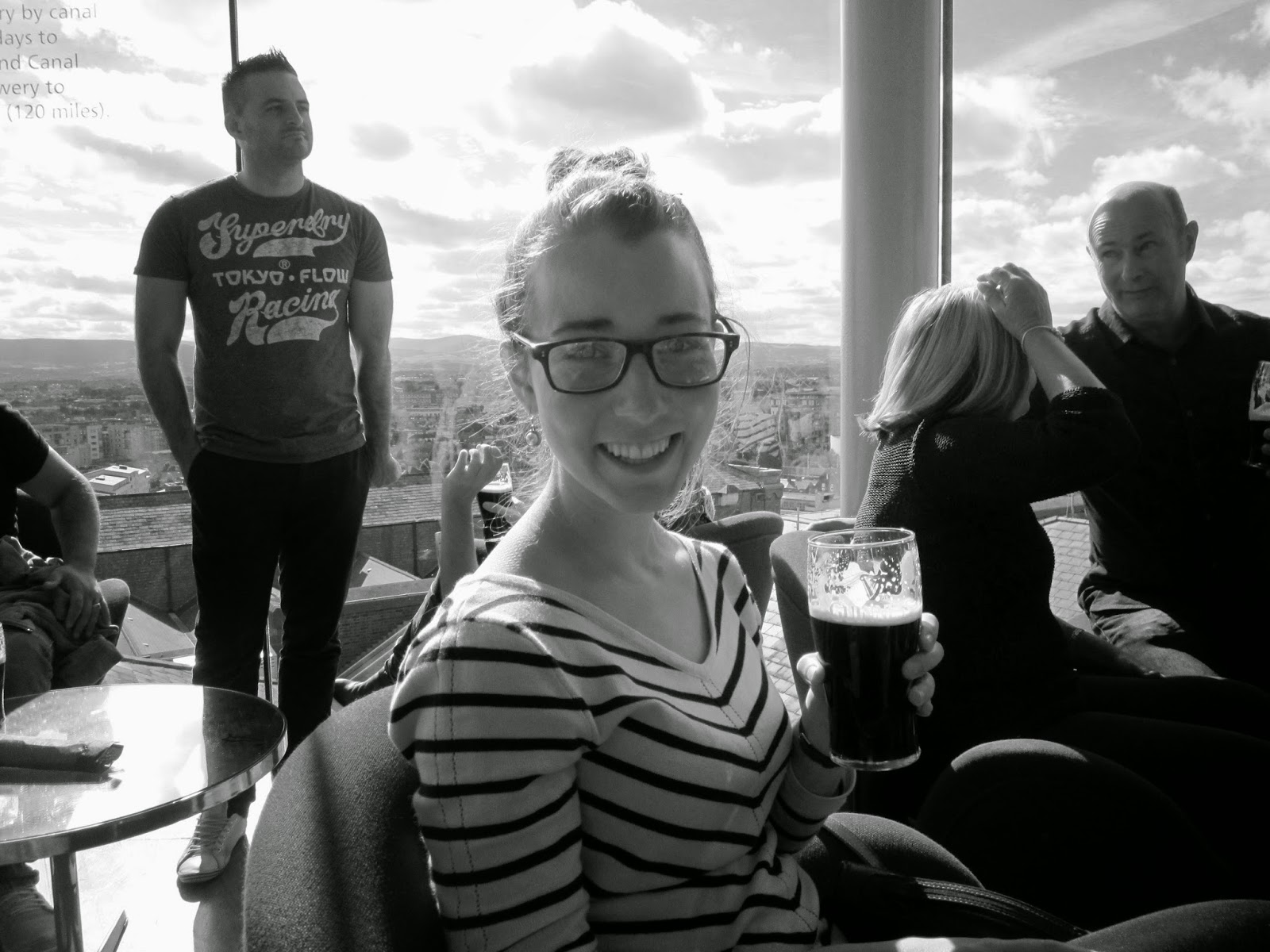