Locked in the Past--Cork City Gaol

As a part of the weekend's Culture Night, the Cork City Jail offered free admission and tours. Curious of mostly just the architecture, I made the trek to the castle-like fortress which resides above the city. Upon entrance into the main prisoner holding wing, a circular vestibule rose up two stories. If one stood at the center, as the prison guards would), one could see down every other long corridor which radiated from this central area. The cells, which were only a few meters wide and were designed to hold two prisoners, commonly held six at a time. Despite the uncomfortable quarters, many 19th century criminals resorted to non-violent property-related theft during the famine, knowing that they would be sentenced to jail and at least be fed two meals each day and have a roof overhead. 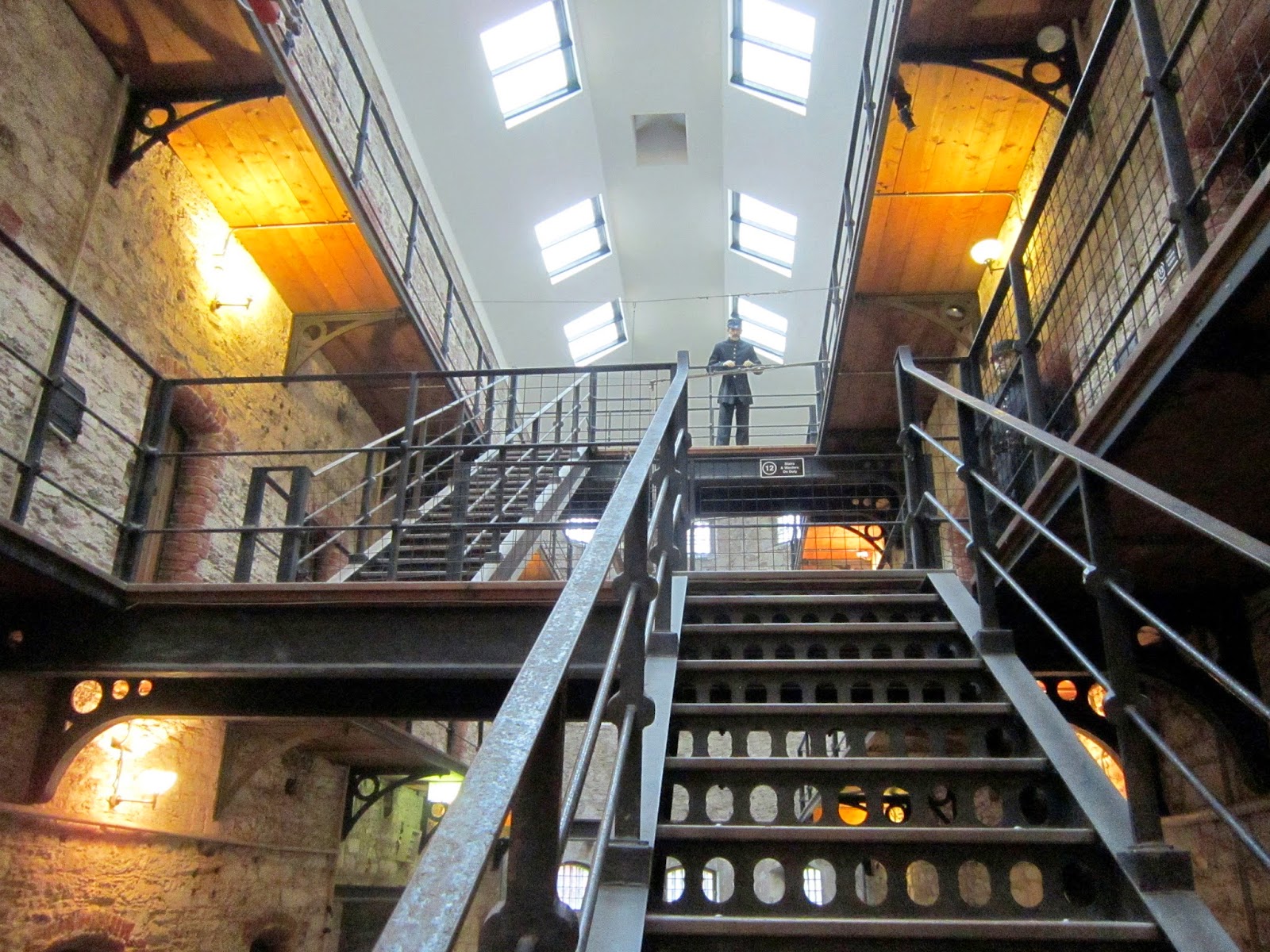